It is our mission to educate the public about the benefits of thinking local first, to promote our members and their products and services to the community, and to collaborate with other like-minded organizations to achieve our vision. Our vision is two-fold: a sustainable, resilient, and fair local economy in vibrant communities that residents are proud to call home and a public that recognizes the cost of “big box” cheap vs. purchasing from locally-owned, independent businesses. We believe that national prosperity and a better quality of life, for all, begins at the local level.

Today, we have more than 600 members and are proud to be one of the Largest Buy Local Organization in the US on a City/County-wide scale.

To support local businesses in their efforts to grow and prosper. 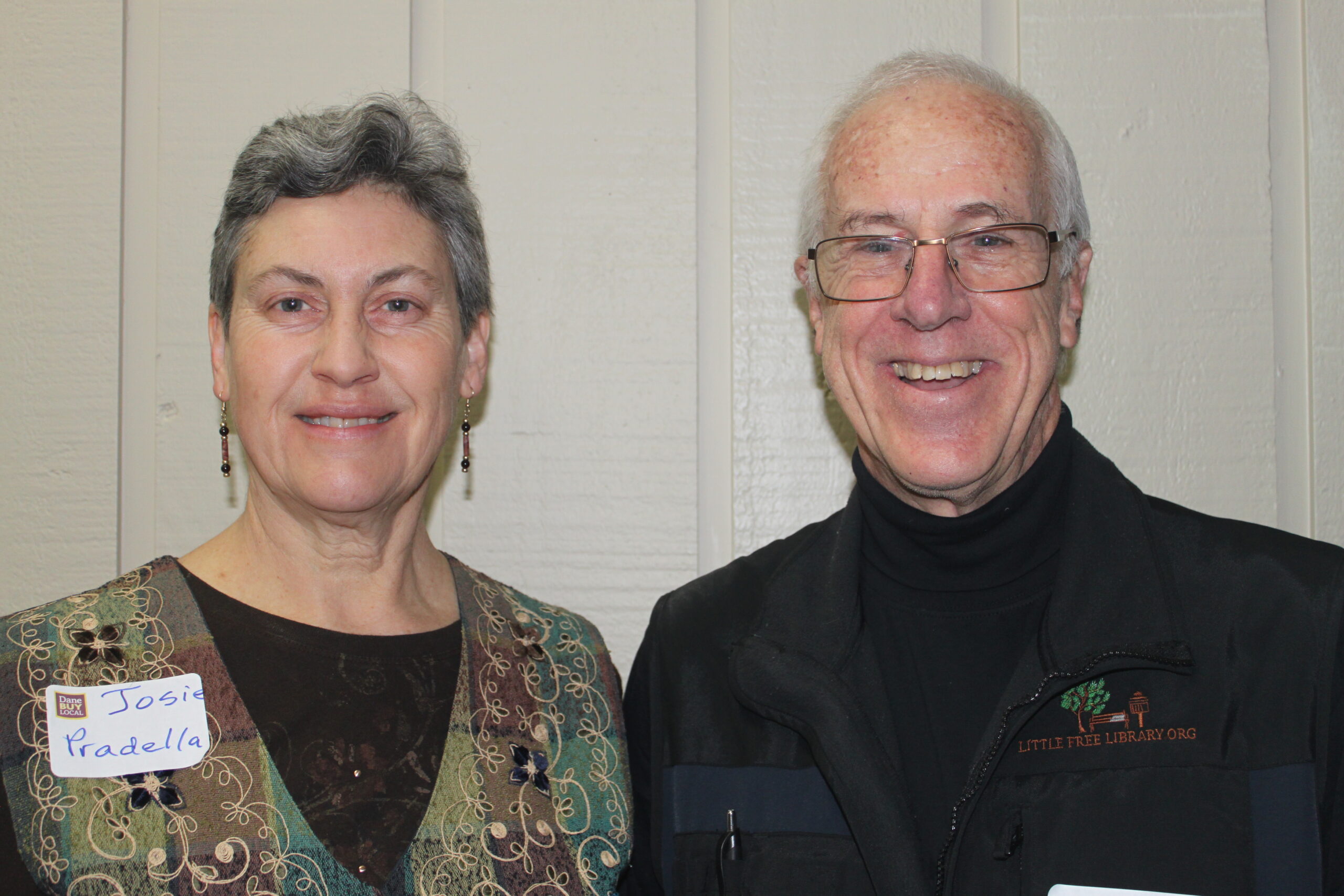 The Dane Buy Local Presidents throughout the years have included:

What attracted early adopters to the Dane Buy Local idea?

Originally known as the Dane County Buy Local Initiative, Dane Buy Local was founded in 2004 as a program of Wisconsin Partners for Sustainability.

Dane Buy Local transitioned from being purely run by volunteers in 2008 to hiring their first staff person, Lark Gibson. In 2010, we went from sharing an office with Drake & Company Staffing Specialists to securing our own offices residing in the same building with Qualtim at 6300 Enterprise Lane in Madison.

The Board made the decision to become a stand-alone non-profit in 2009 moving away from dependence on Wisconsin Partners for Sustainability. In February 2013, we hired our first full time Executive Director, Colin Murray.

In 2013 Dane Buy Local developed relationships with more than 15 Chambers and business groups. We also worked with Dane County to pass a new ordinance which gives preference to locally-produced goods in purchasing decisions.

In March 2015, we formed a Dane Buy Local Foundation to support public awareness campaigns such as Independents Week and Shift Your Shopping. Later that year in October, we moved offices to the east side of Madison at 2801 International Lane.